One of the letters I received last week was contained in a self-made envelope out of a map. 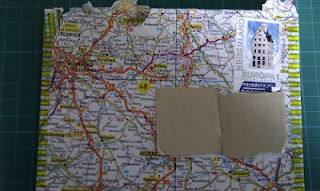 I haven't visited that part of Germany, though the letter comes from The Netherlands!
I was searching for something to send with the reply.... 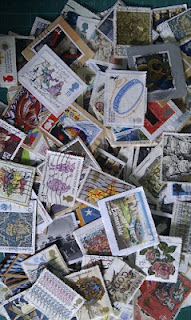 and came across some used stamps I had bought from an RNLI (lifeboats) charity shop. There was an Emmerdale stamp. 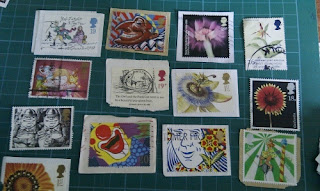 Here are some jolly or pretty stamps I like. 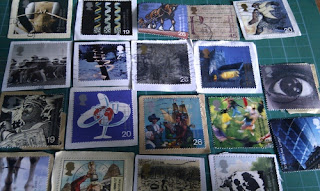 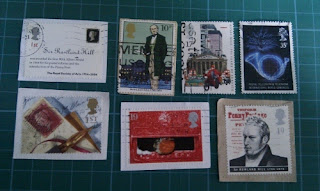 And these are some postal themed ones I found. Top Left- "Sir Rowland Hill was awarded the first RSA Albert Medal in 1864 for his postal reforms and the introduction of the Penny Post", next is a picture of him, then the stamp celebrating Royal Mail's 350 years of service (London), then Top Right is a stamp for the Postal Telegraph & Telephone International World Congress. Bottom Right is another picture with Sir Rowland Hill (1795-1879). Are there any more stamps out there with Sir Rowland Hill?
Posted by M at 19:56