It is November; time flies....

October was a quiet postal month.

And now it is only a few weeks until Christmas, I have started to send Christmas cards to my international friends.
Posted by M at 22:11 No comments:

Email ThisBlogThis!Share to TwitterShare to FacebookShare to Pinterest
Labels: stats

I have recently returned from holiday, enjoying what was left of the nice weather (quite lucky, not much rain during the daytime), avoiding the major gales hitting the southern part of the UK, visiting new places and revisiting others. 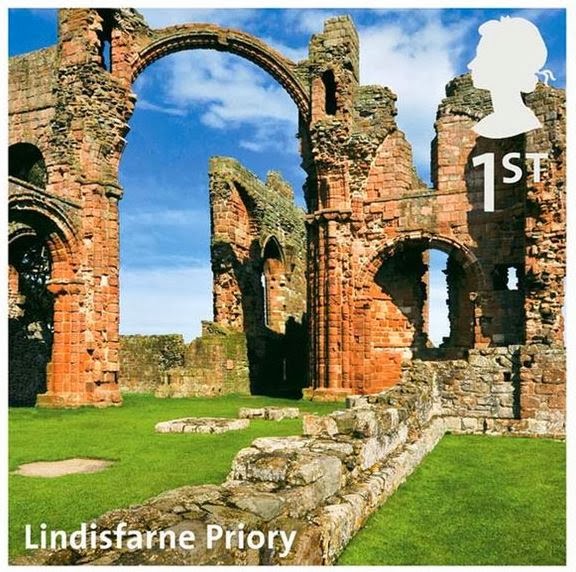 Was too late to look around the inside of this Priory (Lindisfarne is a tidal island and on that particular day, it was safe to drive across just after 3pm but we crossed nearer 4pm missing the last admission to the priory), but did venture into the castle earlier in the week. 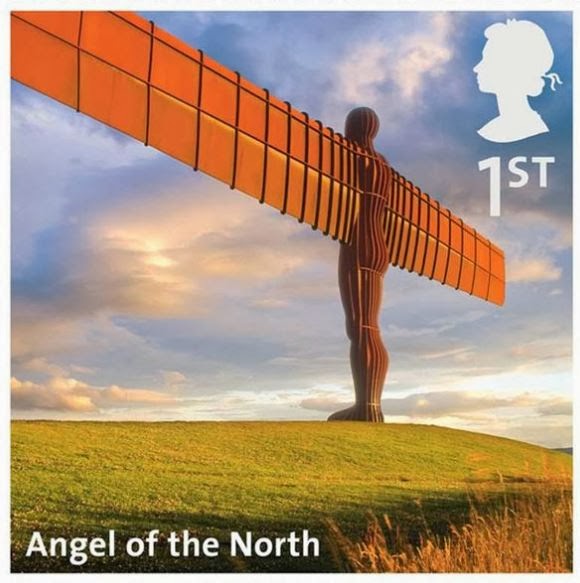 And passing this on the way home (although it was not as nice a day, with all the rain and wind).
(made a mess of the scans so trimmed off the perforations on the image on the computer).

While I was away, I did write some letters, but with regards to a couple of them, they were posted a couple of days after finishing them because of finding a postbox (I don't like leaving letters in a postbox after the last collection for that day).

I came home to some letters too, my current pile is 6 letters to reply to with one of those replies in progress.
Posted by M at 19:05 No comments: