I am a member of a few penpalling groups and sites. Some opinions on a few topics are a little disappointing. Take the indication of payment to convey letters: the postage stamp. Postage is not cheap in some countries, so some people think it is OK to use insufficient postage but use at least one stamp especially on post going to another country as the foreign country's postal service may not charge the recipient to receive underpaid letters. One USPS forever stamp is not enough postage for a letter/postcard from the USA to the UK.

However, a few others go even more extreme and use already postally used postage stamps for postage. Postally used stamps (cancelled or unmarked) are not valid to use again for postage. There is a woman in Northern Ireland who used Mr Men & Little Miss stamps already postmarked with Mr Tickle's arm from the special first day of issue cancellation mark and claimed it was brand new, on letters at least a year later. 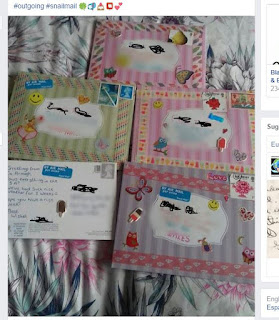 Here's a postmarked potato, but she claims the mark is from a misplaced sticker. She, and other stamp re-users/thieves/fraudsters gives this hobby a bad name. 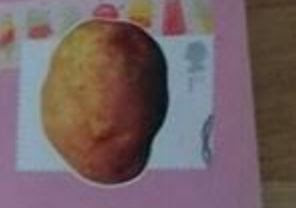 It is not just commemorative stamps, but also the ordinary 1st and 2nd class stamps. A couple who were selling used stamps on ebay for re-use were jailed earlier this year. It might not seem like stealing - the price of a genuine valid postage stamp may cost less than a packet of peanuts, but it is still theft and it is not fair on the postal services or those who use genuinely valid postage stamps for postage.

On another spectrum, many postal authorities produce not only definitive (ordinary) stamps, they also produce commemorative (special issue) stamps and these are equally postally valid. Unfortunately, the majority of smaller post offices in the United Kingdom do not sell the commemorative stamps other than the Christmas 1st and 2nd class (and also large) stamps. The larger post offices should, at least on day of issue, have the special issue stamps although they may be a delay at the counter if they are still in the safe. Also. the special issue stamps can be bought from the postal service's website.

One opinion I came across was, "If they are special stamps, why use them on letters?" BECAUSE THEY ARE POSTAGE STAMPS, is what I wanted to reply. The postage rate is still the same for definitive (ordinary) stamps as it is for commemorative (special) stamps. This person goes on to say that she keeps the special stamps well away from the stamps she uses for penpal letters. 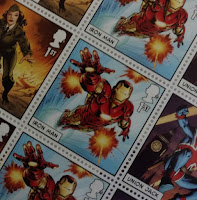 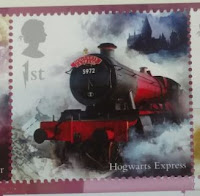 The stamps commemorative, remember or celebrate various themes. Why deny a penpal who is a Harry Potter or a Marvel fan of the joys of seeing these conveying letters to them? 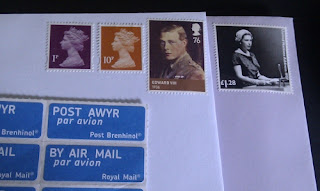 Not into modern culture? Try history, monarchs and the royal family are common on many countries' postage stamps. There are many stamps depicting Queen Elizabeth II. The UK has had issues celebrating her significant birthdays and anniversaries of her accession. 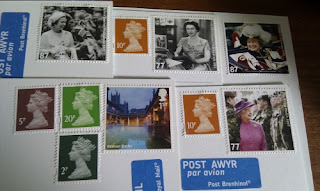 Then, there are celebrations of places around the country. Here, I have R for Roman Baths, for a two-part issue, A to Z of The United Kingdom. I think I have visited 12 out of the 26 places depicted.


Stamps add to the whole penpalling experience. I enjoy going to the post office. I miss my retired sub-postmaster who almost always had a smile on his face and a story to tell. While waiting in the queue, there is chance for conversation with others. Stamps are about connecting with people.