After showing some of the Royal Mail issues I use, I thought it would be time to show stamps on incoming mail.

I received this one earlier this month, the first I received with a Star Trek stamp. I watched the repeats of the original series as a child before going on to watch The Next Generation and then some of Deep Space 9 and Voyager. 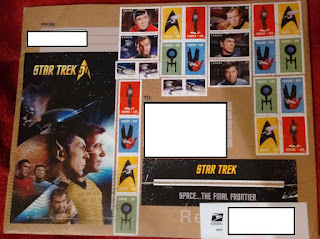 Today, I received this huge envelope. I had to request redelivery as I was out when the postman tried to deliver last week. The sender had used both the stamps of Star Trek issued from the USA and Canada. I had not expected this and it was an extremely pleasant surprise. 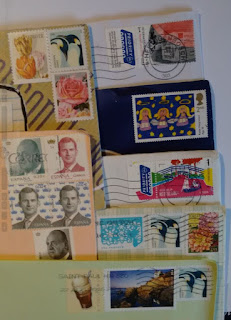 These are just some of the envelopes containing letters needing replies. Although I no longer "postcross" I am still fond of Postcrossing and am pleased to see a stamp from the second issue of Postcrossing stamps issued by The Netherlands.
Posted by M at 18:52 No comments: 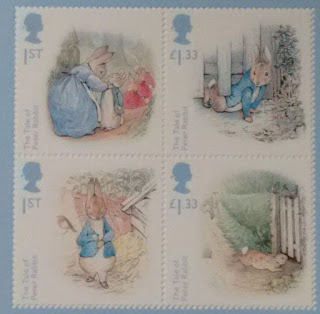 These stamps are nice for use on letters to penfriends with children. Maybe they would like the stories of Peter Rabbit and friends, as they've been translated into many languages. We here have a set of the stories in the Welsh language.

I do not actually remember many of the stories or even all the characters. In August, the issue celebrating Landscape Gardens was released. 2016 marks the 300th anniversary of Capability Brown's birth. There are 8 stamps in this issue, 2 each for 2nd class, 1st class, £1.05 and £1.33

I have been to Alnwick castle but didn't have time to look around the extensive gardens. Maybe will get the chance someday. 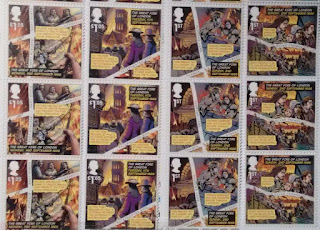 I used to live in London and on the way to university, would pass Monument (OK, underground), where there is a column commemorating the Great Fire. 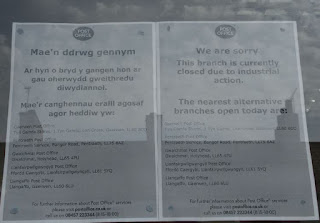 On the 15th September, Royal Mail issued stamps celebrating the works of Agatha Christie. However, many crown post offices were actually shut due to industrial action. I did manage to get some stamps from a small sub-post office. However, I was a little slow getting there as buses conspired against me so I didn't get as many as I wanted. I tried another post office branch in a convenience store to find that they do not get them. The manager was unaware of the special stamps and doesn't know if they'll have Christmas ones when they are released. 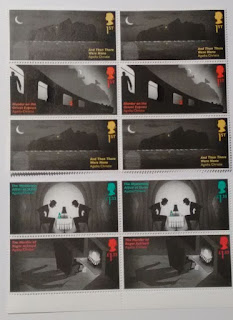 Here are just some of the stamps I managed to buy. I also bought some more today from my local crown post office as I needed to pick up more airmail labels (I couldn't find my secret stash). There are 2 other stamps but I didn't bother getting them as they are the £1.52 ones. I was actually surprised this post office still had some of the previous issues of stamps (Fire and Gardens) as quite often, they are sent back if not sold before the next issue

This issue has a bit of magic. There is microtext, illusions  (e.g. the skull is quite apparent!) and also thermochromatic ink (visible with heat or under ultraviolet light)

I put the stamp on my tablet which was warm so I could photograph the magic.

I have not actually read any of the Agatha Christie books but have seen some of the TV and film adaptations with some Miss Marple and Poirot actors/actresses better than others. 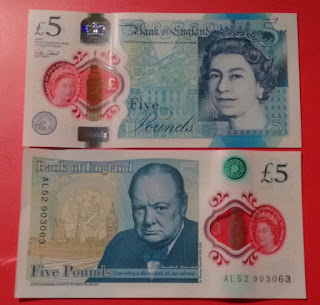 OK, not stamps but money that could be used to buy stamps. The Bank of England issued new £5 notes this week - these are plastic and smaller than the paper notes. They feel different and will take a bit of getting used to. This isn't the first plastic fiver I've had. I have one somewhere from Northern Bank (operating in Northern Ireland).
Posted by M at 22:26 4 comments: