Summer weather has arrived in the UK, with sunshine and warm temperatures, I have been able to enjoy the outdoors, from walking well-trodden routes, to gardening closer to home. So much time taken away from letter writing, but I have written bits of letters in the outdoors; overlooking the Irish Sea, or the great Welsh countryside. 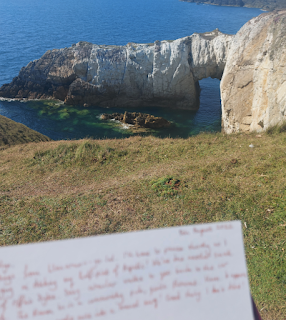 I've also been writing letters in cafes, while sipping lovely cups of tea. Something quite civilised in it, deep in conversation with a friend over drinks, even if that penfriend is asleep on the other side of the world. I may look to be sitting on my own, but I am in good company. However, I see people sitting together but they are looking at their smartphone screens rather than taking notice of each other: there's nothing more lonely than being alone in a crowd. 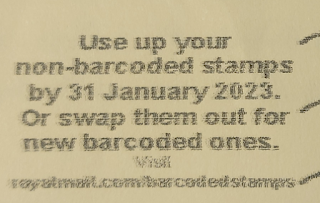 Over the summer, there has been a lot of misinformation about Royal Mail stamps. 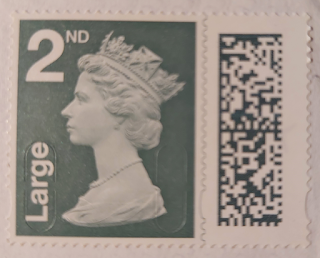 Yet, not all stamps without the datamatrix code (barcode) will be invalidated. The special issue stamps are fine for the moment, as are Christmas stamps (though they had been for the chop). However, the country definitive stamps (small stamps with symbols/icons associated with the nation, e.g. for Wales, this is the leek, dragon, and daffodil) will go, but new ones with datamatrix codes have been issued to post offices. 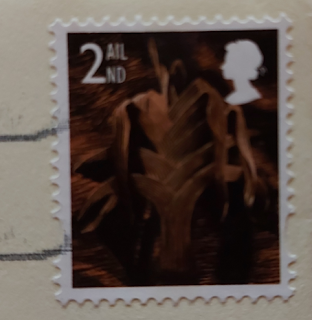 Deutsche Post has datamatrix codes on some of their stamps, and I think they look rather good. Definitely not as intrusive/ugly as those Royal Mail have issued. 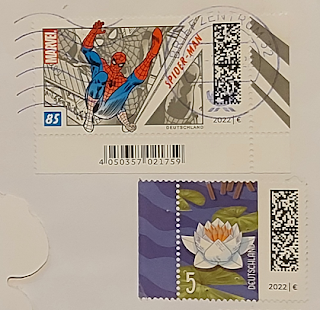 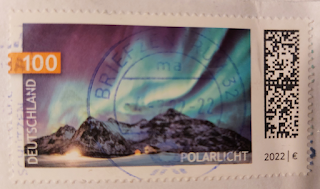 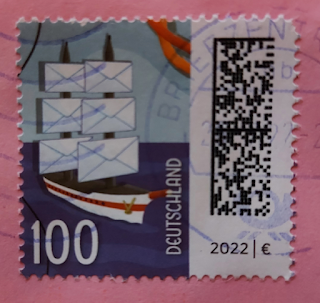